We are transmitting to Hong Kong the “attractiveness” of processed rice products such as rice grown in Japan’s rich climate and climate, packed rice made from the rice, sake and rice crackers.
In order to cultivate demand and expand sales channels, we will exhibit at Food Expo 2018, one of Hong Kong’s largest international comprehensive food trade fairs.
At the booth, you can sample cooked rice, sample sake, and sample rice crackers. In addition, a seminar will be held to teach you how to eat Japanese rice, sake and rice crackers.
Instructor 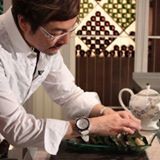 Introducing Japanese culture using Cantonese with 35 years of experience in Hong Kong.
Traveled to the US as a teenager. After returning to Japan at the age of 20, he joined an overseas company. In the middle of his long overseas life, he started cooking by cooking Japanese food and became interested in “Japanese food culture” and repeated research. Although he is not a restaurant chef himself, he is called “Cooking Researcher” and “Star Chef” in the world. Invited by various media in Hong Kong, she hosts newspapers, magazine columns, TV program appearances, travel, and food show programs. He has also appeared in many food events held by judges of the restaurant council, the Ministry of Agriculture, Forestry and Fisheries and Japanese government agencies.